Pull pressure sensorAlso known as the Resistive strain sensor, which is attached to the weighing sensor series, is a device that converts a physical signal into a measurable electrical signal output. Widely used in industrial weighing systems, platform scales, electronic scales, hook scales, batching scales and other force measurement occasions.

Pull pressure sensor is an elastomer as the intermediary, through the force to attach to both sides of the sensor of the resistor should change its resistance value, and then through the corresponding circuit into the electrical signal, so as to achieve the back of the control. It has the advantages of high precision, wide measuring range, long life, simple structure and good frequency response characteristics.

Just blindly imitated, there is no fundamental from the customer's point of view to consider, which led to the sensor can not meet the demand, or through the import of sensors to make up for, Ocean sensor in 2014 in Shenzhen, the establishment of R & amp; D department specializing in sensor performance, directional testing experiments, has achieved good results, 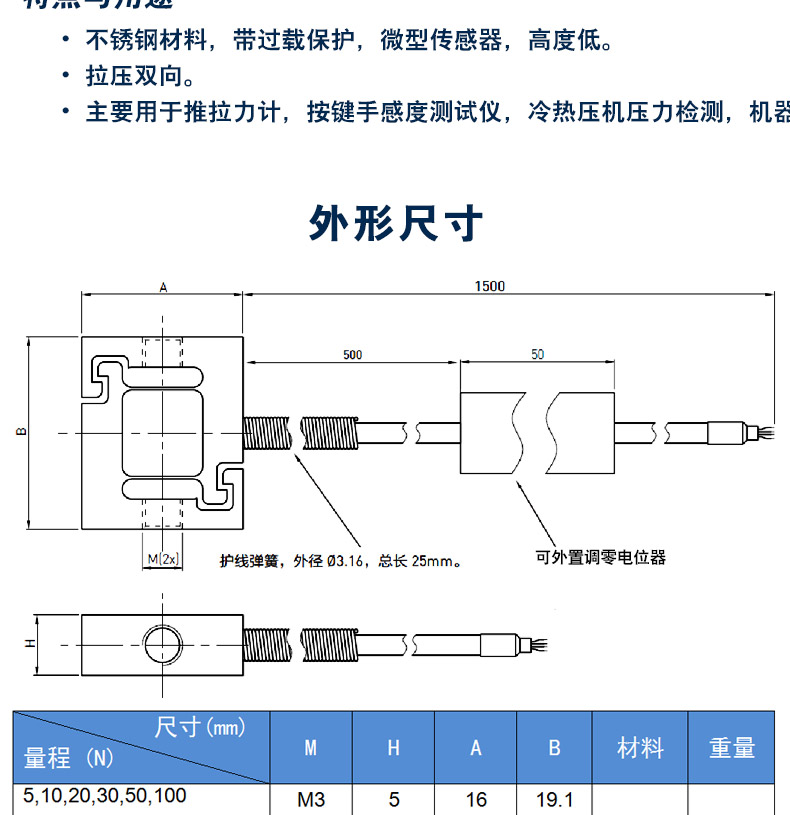 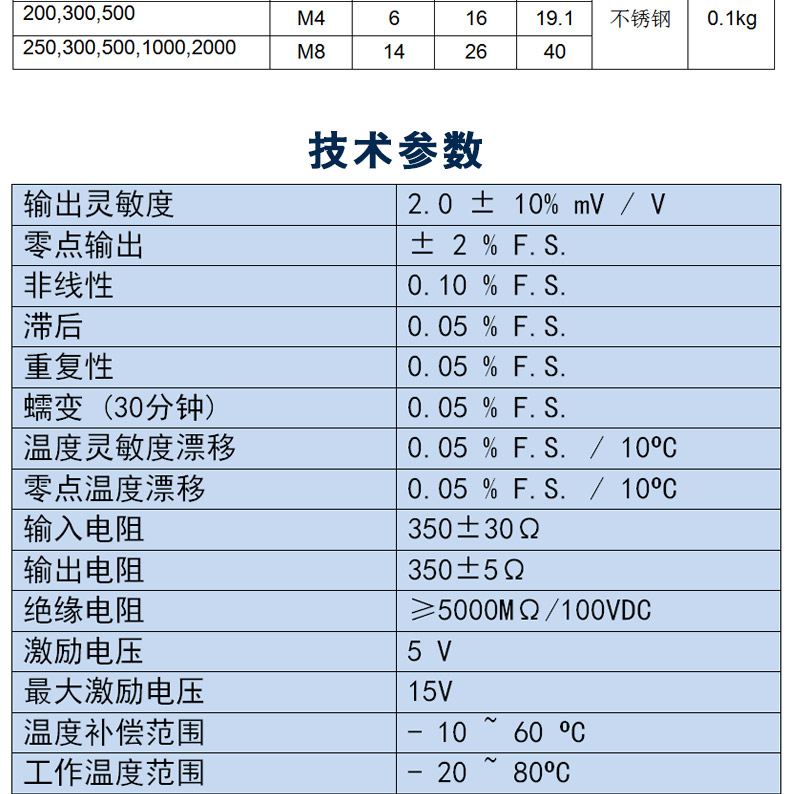 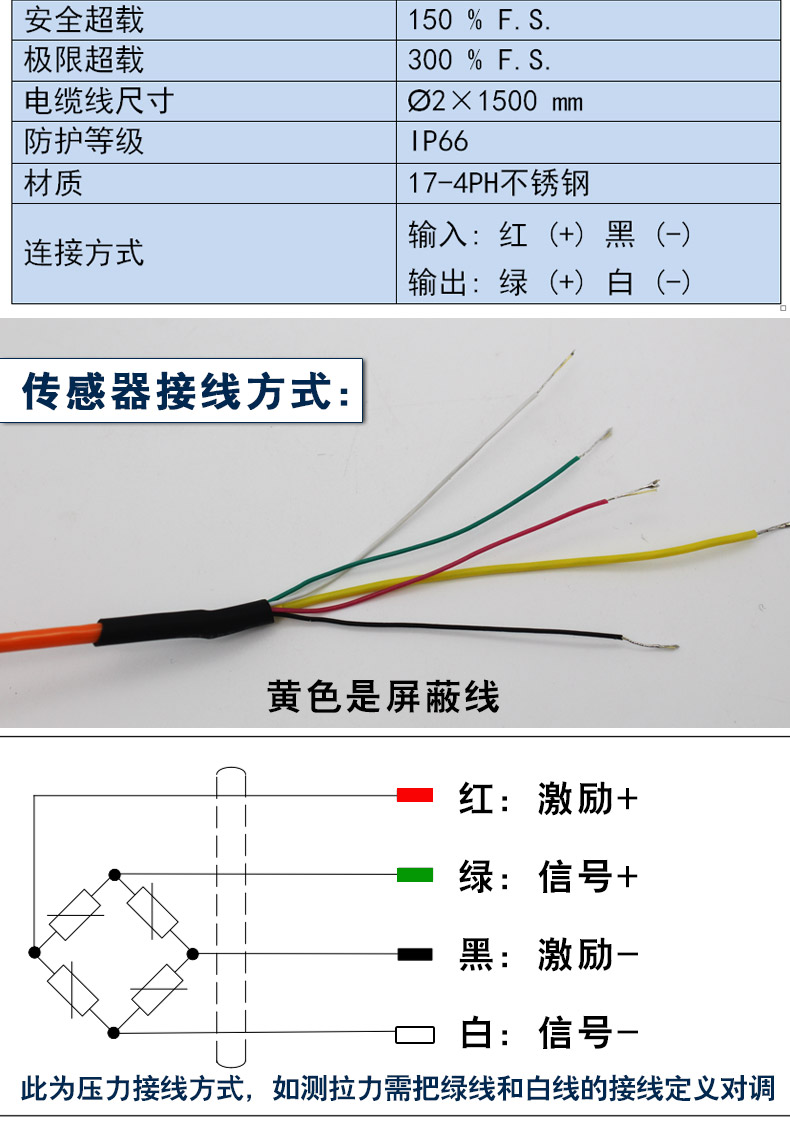 (2) Sensitivity: sensitivity is an important indicator of the static characteristics of the sensor. It is defined as the ratio of the increment of the output to the corresponding input increment that causes the increment. Use S to represent sensitivity.

(3) Hysteresis: The phenomenon of the sensor in the input from small to large (positive stroke) and input from large to small (reverse stroke) during the change of its input and output characteristic curve does not coincide becomes hysteresis. For input signals of the same size, the positive and negative stroke output signal size of the sensor is not equal, and this difference is called hysteresis difference value.

(4) Repeatability: Repeatability refers to the degree to which the characteristic curve of the sensor is inconsistent when the input amount changes multiple times in the same direction in a full range.

(5) Drift: The drift of the sensor refers to the amount of sensor output changing over time when the input amount is constant, a phenomenon known as drift. There are two reasons for the drift: first, the structure parameters of the sensor itself, and the other is the surrounding environment (such as temperature, humidity, etc.).